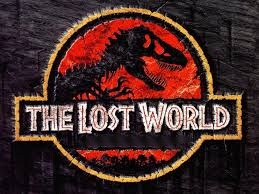 What was it that actually killed the dinosaurs? Did they freeze to death?

Will they come again, or has their time passed?

There’s so many questions unanswered about this great specimen of a creature\type, no-one has any idea what happened to them or where they went.

Did thry get hit by a giant meateyor? Because they have been some talk of giant meteors and what with the whole Yucatan theory.

I’m just wandering what, killed them off, because there seem to be a few meteors flying around at the moment. One in Russia, and one just yesterday in the United States. Was it an ‘icey death’ or was it a big massive surprise? I don’t know.

Damn tehm (what killed them). I leik dinosaurs. Rawr!

I know the human thinks it’s robust, but we really ain’t seen shit yet. The dinosaurs were around for millions of years.
We’re kind of new around here.

If only we had liek a dinosaur spirit guide. It could tell us alll about what to expect when things happen, (some dinosaurs have really small brains. I think they would try and keep it short and sweet), but most of them would be able to let us know stuff. If they could make it to like the 4th dimension.

This is something the military must be looking into at the moment, what with the middle east, Arab springs, Iraq war and Afghanistan, and the success they had in using accurate intelligence there. The world just must be waiting for a second coming, maybe of a dinosaur from the past who can see into the future.

I’m sure we could use her talents. Like a giant Joan of Arc-osaur. Good for the money, but not as costly in real estate terms as Godzilla. If only such a beast existed. What would it say about the euro? What of conflict in the middle east? Would it try and change gun laws in the US? What of Global warming?

The mind boggles. Truely, those that do not learn from the lessons of history are destined to repeat them. We need to be at one with our Jurassic past and move to a brighter future.