Have holed up at Pahia Beach.

It is a holiday weekend here.

AM staying at this resort http://www.paihiabeach.co.nz/pages/home.htm.

The girl tries to charge me $80 for checking out 1/2 an hour late.
Restaraunts are all fully booked.

Mungrels break into the complex overnight and steal some whisky and liquers from the bar.

The duck was slightly overcooked.

The parfait was devine.

Best
This is acclaimed as the best restaraunt in Pahia Beach.

Took this looking down over the bay on the east coast.

I should come back when I’ve got more money.

Taken out of the 26th floor of the Crowne Plaza, Auckland.
Comments please. 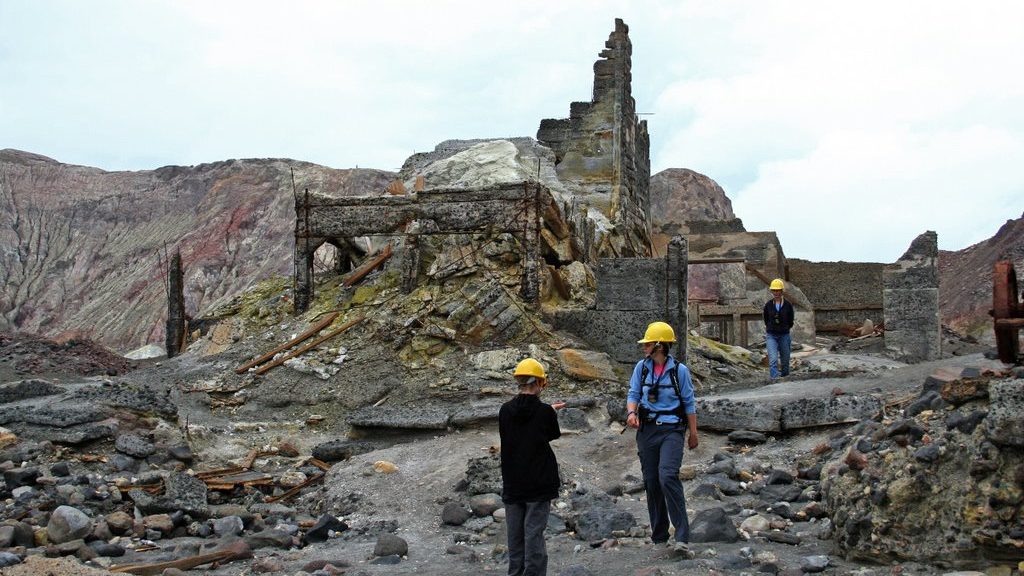 Perhaps the reason why there is still lingering interest in the island, is the presence of the factory.

Jinx
This ill fated operation was subject to a number of explosions and re-locations, at one point the factory was blown out to sea along with the sulphur miners.
This didn’t stop the Kiwi’s coming back for more.

Here’s what they were attracted to.

New Hope
With the construction of a new factory further away from the crater, and the creation of huts outside the active area of the island, the miners believed this would put an end to the deaths.

After 3 months of operation this fresh factory blew one of the settling vats, killing three and injuring 1.

One of the miners threw himself to his death in one of the acidic lakes.

All labour in vain
Had they had risk assessment in the 1930’s they would have realised that the sulphurous rocks were not pure enough to sustain a profitable operation.

Had it happened in the modern day, health and safety would have closed it down.

Still, it makes a nice day out for us.

PeeJay’s tours run two boats a day, plus there’s helicopters if you want to pay the extra. 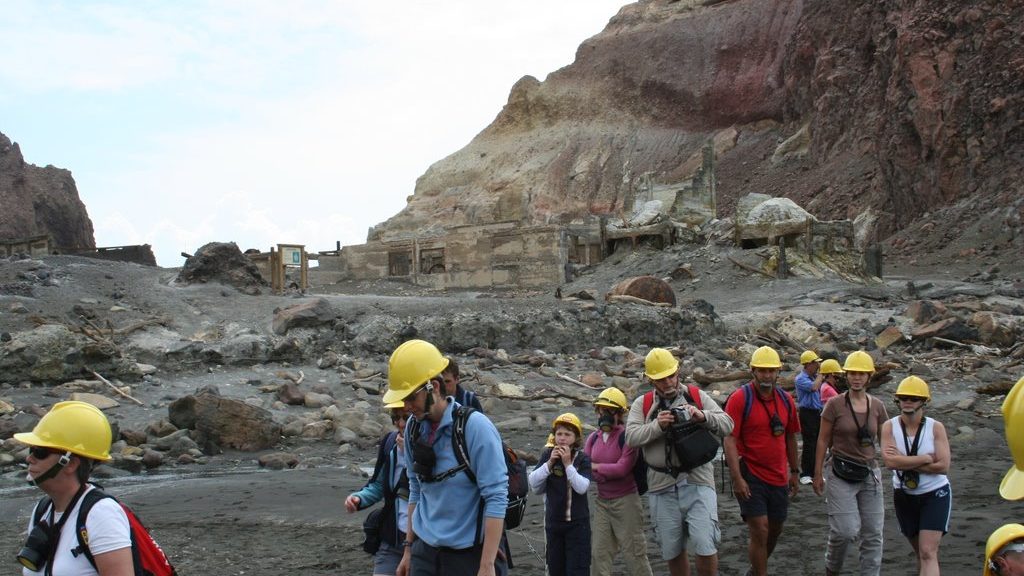 White Island is about 40k off-shore. Takes about 1 1/2 hours to get there.

In 1932 there was a sulphur mining operation on the island. After repeated eruptions, deaths and eventually bankrupcy, operations ceased.

The island now is like a moving sand of volcanic activity.

As you can see the place is not exactly Hawaii.

Don’t look into the Rain
We are told stories of melting radio’s zippers, trainer islets, items of clothing, the rain is acid, the floor is a shifting crust of ash beneath which lies pools of boiling mud.

It is home to the worlds most acidic lake.

At PH1, this lake is pure hydrochloric acid, there were still Germans rolling their towels out beside it as we arrived.

Everything on this island seems to explode or break. Which is why we are given helmets and gas masks when we arrive.