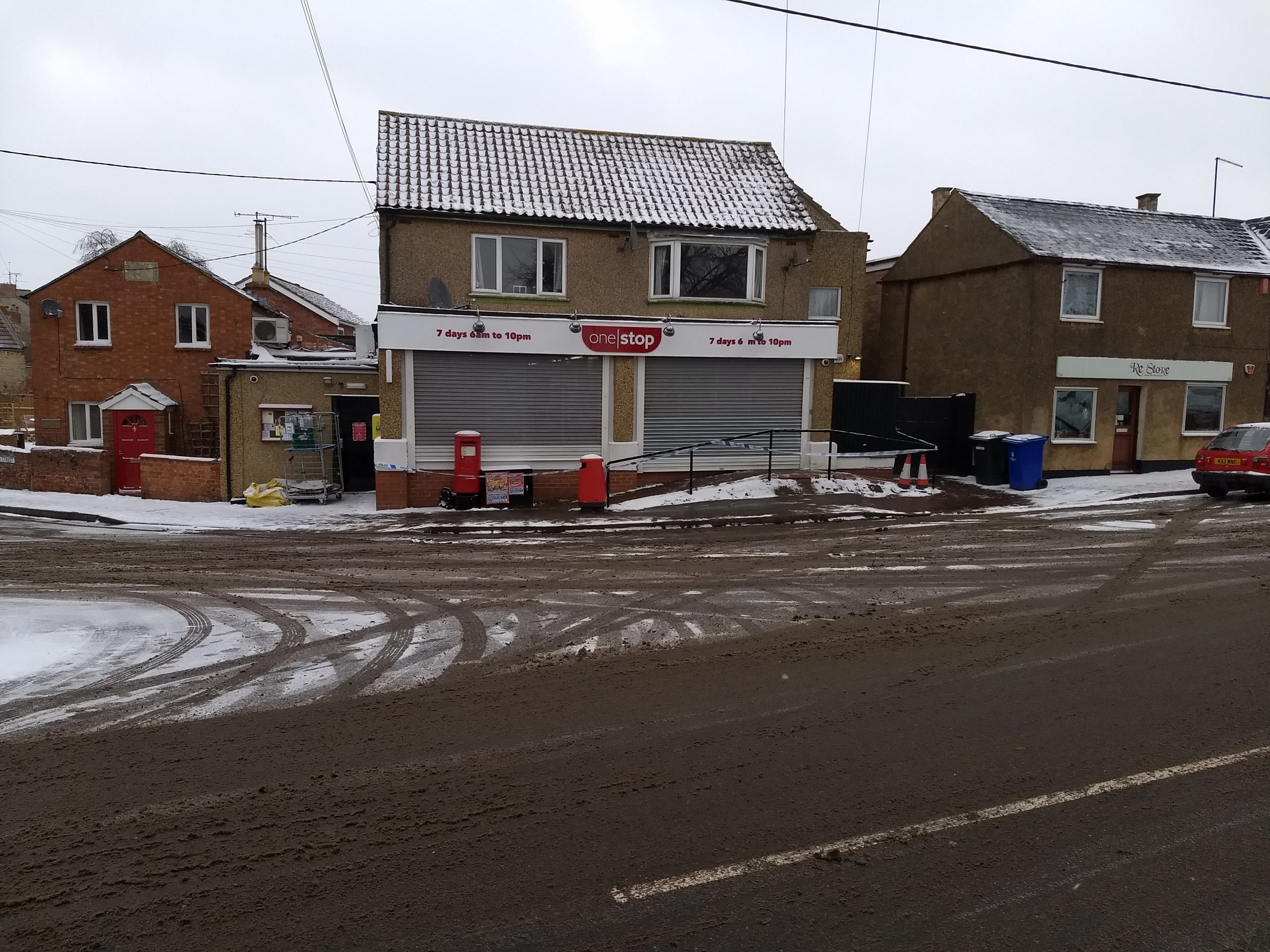 Went to get my bread this morning. Couldn’t drive, the weather being cold, snowy and inclement.

I walked down to Nether Heyford post office and stores in the village.

I could see they had the shutter down on the left side. As I got closer, I could see a Police cordon.

Initially, I thought it was over the disabled ramp due to the ice, but as I looked closer I could see it was over both entrances.

The shop had in effect been cordoned off.

At this moment, one of the staff with her branded apron, popped her head out of the door.

“Sorry, we’re not going to be open this morning”…

After a slight pause, “Armed robbery. We won’t be able to open until about 3.”

Gave her the thumbs up, and began my trudge back to the car.

Robbery in the snow

I remember when I was going to moor in Bugbrooke, I started talking to some guy cycling down the towpath, just as I was leaving my boat and getting on my bike.

He was a local, from the village. We had the same name and the same bike, which was a strange co-incidence.

He was telling me about the criminal activity around Bugbrooke.

For the size of the village, there was a fair bit of it.

Shady characters – Cars parking on peoples drives, lights on no-one getting out. Eventually, the residents would notice the strange car on the drive, come out, and the car would drive off.

Sometimes, the passengers in the car would get out and lean on the car, waiting until the residents came out, and when they did, drive off.

Shortly after that, I moved the boat on from Bugbrooke.

Last time I stayed here. The post office in Nether Heyford got broken into. This was back in September.

The shutters were down for the whole period I stayed.

When I visited the shop later on in the year, this was fixed.

This time it was armed robbery. Crimes against the person.

Not what you’d think in a little village like Nether Heyford.

But there we go…