Seems quite shy about it.

Caught a boy with a Minecraft building block the week before. Perhaps there’s something going on…. 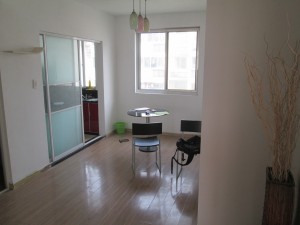 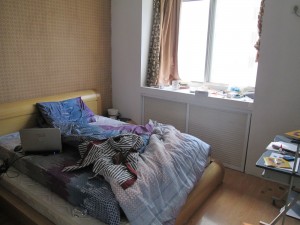 She gave it  back.

Often well behaved. Sometimes not. Today I was given this gift by one of my pupils called E***y.

She tried to call me a monkey in my last lesson, and said I had ‘monkey’ eyes. I responded by saying monkeys don’t have blue eyes.

I’m not used to being called a monkey by my pupils. And I won’t stand for any disrespect directed towards anyone, pupils or teachers alike.

Even-so, I ignored it as a one off.

At the end of the lesson. E***y came to my desk at the front and presented me with this gift.

I read it with disbelief.

After consideration, I said “this is not funny” and put it in my bag.

Pupils have called me things in the past, but never directly. Usually they shout in class when they can get away with it.

Although she may have thought this was a clever thing to do, writing abusive notes to your teacher is never a wise thing to do.

I can’t imagine she’s going to get away with it…..

Had a little break from my lessons and sat outside by the stadium area.

This is where all the students and teachers alike go and enjoy their morning sun.

There were many girls skipping. So I decided to make this video of them skipping their rope.

As you can notice, they are very nervous and shy.

Always helps. The green stuff. Or red as it is over here.

Got me a little signing bonus which should tide me over till the end of the month.

So here’s some pictures from the new school…

I’m trying to get one of the teachers to give me a tour of the full campus. At the moment, I’ve only seen the lower school. Most of the pictures are from the middle school, where the sports hall, stadium, sports ground and the rest of facilities are.

No-one has given me a tour yet, although it was promised.

The school seems fine. The teachers are a little shitty. One of the British guys phoned me on Friday to ask me if I “was on medication”, I simply refused to answer.

So I’ve been made to feel welcome. Maybe I won’t be here too long.