The castle has been in existence from the 11th Century. It’s a large structure incorporating an upper and lower town.

Milosevic’s prisoners
The resistance to Milosevic were held here under house arrest in the administrative offices during the period of the last Balkans conflict.

Old and bold
The castle is impressive in size but not in upkeep.

Boston’s revenge
It incorporates a clock with a large hour hand, which the Germans used to charge ‘clock taxes’ for.
Like our government setting up a ‘view tax’.

Anyone able to view the clock tower had to pay ‘clock tax’.

Drive or Taxi
I drove up.
It would take you 20 minutes of steep inclines by foot. Not what you need after a day walking around town.

Wow what a church.
I just can’t get enough of these Orthodox church’s.

Doctored religion
After the Schism, each different branch of the church has taken the religion and manipulated to their own means. For instance, if you visit York minister (UK). Take a look round you won’t see ONE angel or virgin Mary. Not one. It’s all bishops and magnates big rings and sceptres.

Fresh religion
Visiting the orthodox gives a view of a purer form of Christianity. The religion was founded in Ephesus, Turkey; Greece being the first country to stick with it as the national religion.

If you visit orthodox churches. It gives an insight into the original religion. 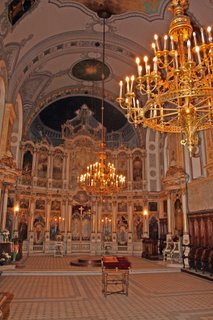 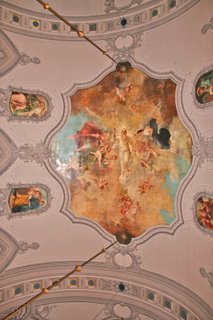 Bring on the monkeys
Wouldn’t be unusual to see Monkey on the benches chatting to TripitaKa.

Till death do us part
Newlyweds come here to firm things up after the ceremony, the gate giving talisman to those who come here after consecration.

This is the main square in Novi Sad.

Pedestrianised zone
There are life size, fabricated cows located in spots throughout the square.
Each one has been painted up and has the name of the local artists responsible on a placard at the base.

There is a Catholic Cathedral in the square which faces off the town hall. Impressive from the outside, it’s in a Gothic brick style with the classic Gothic circular windows.

A day trip from Belgrade and Serbia’s second city.

An hours drive out of Belgrade once you overcome the city traffic/bridges/one ways’/slavic signposting.

Now for those of you not familiar with Nickola Tesla, of which I am one, he brings to us a number of important developments in the 21st century. And a classic example of a well meaning inventor/artist/creator who died a poor and lonely man.

Great Inventions
Just to fill you in, here are some of the things we can accredit to Nickola Tesla:

Visualisation
A brilliant man, Tesla worked through a method of visualisation.
As opposed to ‘trial and error’, Tesla conceived all his inventions mentally, and consigned the designs to paper, the drawing board then to be built.

Together with Westinghouse, they built the worlds first Hydro-plant in Niagara Falls CA.

Hands on
The museum is small. There is a demonstration and video which through about half an hour with some hands on jiggery pokery, high voltages and van dem clarke balls, illustrates some of Tesla’s inventions.

Spoon bender
Tesla invented a radio controlled boat. When demonstrated, onlookers were so astounded, they were convinced he was controlling it with the power of his mind.

Low frequency weapons
He also discovered low frequency weapons, often only heard about amongst kooks and conspiracy theorists.
These are used by governments to invisibly attack dissidents and foreigners alike using a certain frequency band to produce ill effects in targets.

He also developed something called the death ray.
That’s right, not an invention of B-movies, it really exists and Tesla invented it.
He intended to solve word conflict.
Nobody was interested.

Ripped Off
Perhaps the most famous is Tesla’s invention of Radio transmission.
Patented, yet later taken and adapted by Marconi for which he received the Nobel prize.

Tesla was a great man who illustrates to us the importance of lawyers.
And, if you think people are out to get you, they generally are.