Milford Sound is one of New Zealand’s top attractions.

The drive down takes 2hrs and takes in some dramatic countryside. 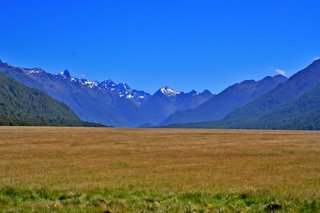 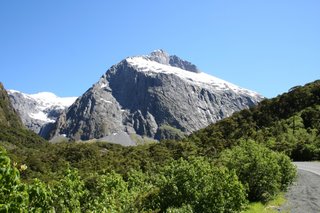 The area was discovered by a Welshman who got blown off course into the mouth of the sound and it effectively saved his life.

Milford Fjord
At the time, the English had no word for a fjord, so the Welshman named it Milford Haven, which was subsequently re-named Milford Sound.

Granite Peaks
You cannot fail to be inspired, the rocks here are mighty.

Two tectonic plates meet here, the Pacific and the Australasian which goes some way by way of beginning to explain how such a dramatic landscape was created.

As you drift along in the boat, its like someone has come and smashed the sides of the rocks away with a hammer.

Milford Tour Options
There are a number of choices and options, but most tours are done through boats.
The company I went with was Red Boats ‘Encounter’ nature cruise.

This takes in the sights, but without the bus loads of tour parties which congregate around the harbour area.

Here are some pictures when we set sail.

Most Popular
This is the most photographed view in New Zealand. 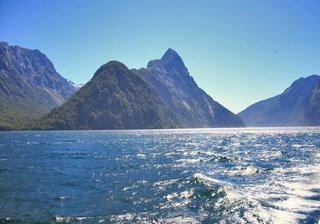 One of the advantages of the smaller boat was it’s maneuverability and ability to get close in to the rocks.

Waterfalls
This tour actually goes under a number of the waterfalls which run off the granite outcrops as you go along. 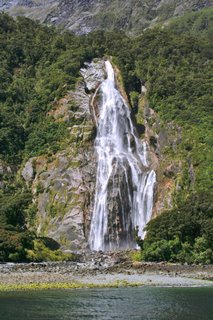 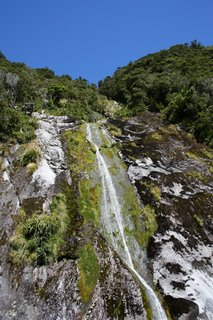 It was hot, so we welcomed getting under the water for a bit of a cool.

Seals
Here’s some seals doing what they do best. 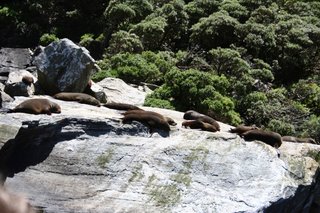 The road to Milford Sound

The road to Invercargill