Now a legal substance in the US and Portugal; governments, agencies, police and policy makers are taking an increasingly lenient view on ‘the herb‘. 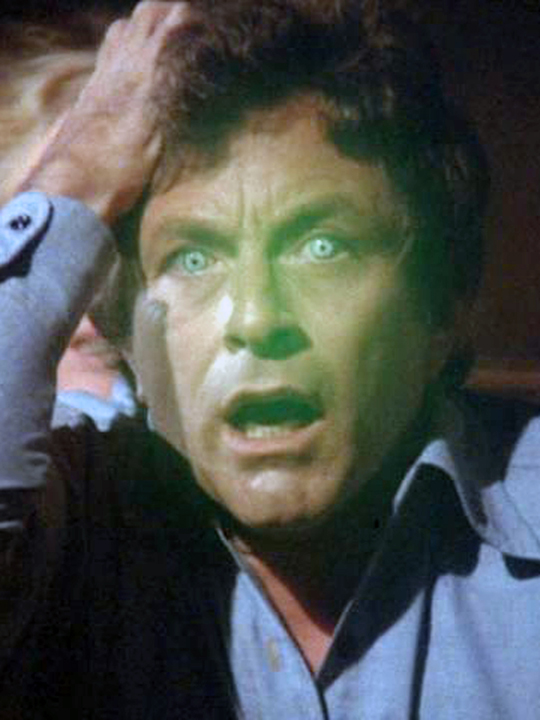 When I once went to Amsterdam, I had some ‘White Widow’, at that time considered to be one of the strongest strains of Marijuana.

The market is legal, but unregulated… in terms of strength… one strain of Marijuana is the same as another.

As anyone who has smoked the stuff knows, this is not the case.

Similar to alcohol, a methods of production determine the strength of the finished product.

This is article on the strength of Marijuana shows how it’s increased.

One of the strongest known strains of marijuana in the world is called Bruce Banner #3, a reference to the comic-book scientist whose alter ego is the Hulk. This is probably an appropriate nickname.With a THC concentration of 28 percent—THC is one of the key chemicals in marijuana—Bruce Banner #3 packs a punch. It’s something like five times as potent as what federal researchers consider to be the norm, according to a 2010 Journal of Forensic Sciencespaper. High Times marveled in a review: “Who knows what you’ll turn into after getting down with Bruce?”

As marijuana goes increasingly mainstream—and, crucially, develops into big (and legal) business—more super-potent novelty strains are likely to crop up. Bruce Banner #3 is the marijuana industry’s answer to The End of History, an ultra-strong Belgian-style ale that the Scottish beer-maker Brewdog made in a specialty batch—which was then served in bottles inside taxidermied squirrels—in 2010.

Its alcohol by volume was 55 percent. That’s way, way stronger than most beers. “It’s the end of beer, no other beer we don’t think will be able to get that high,” James Watt, one of the founders of Brewdog, told me when I visited the Brewdog headquarters in Scotland in 2010. 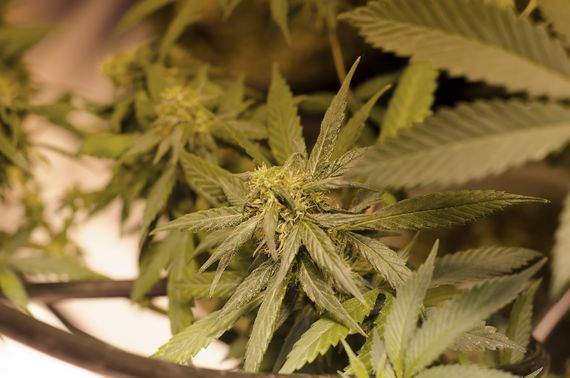 Yet three years later, another Scottish brewery had whipped up a batch of barley wine called Snake Venom that boasted higher than 67 percent alcohol by volume.

This is human nature. Or maybe it’s just capitalism. One person makes a superlative product, which prompts the next person to best them. Given the opportunity to try something extreme—the biggest, the strongest, the best, the craziest—plenty of people will go for it. But most people don’t pick Snake Venom as their typical pint. And Bruce Banner #3 probably is not representative of the average joint.

For years, people have talked about increasing marijuana potency. The idea that pot is getting stronger—much stronger than the stuff that got passed around at Woodstock, for instance—is treated like conventional wisdom these days. Maybe it shouldn’t be.

“It’s fair to be skeptical,” said Michael Kahn, the president of Massachusetts Cannabis Research, a marijuana testing and research lab in New England. “Back then the predominant method for quantitation was gas chromatography, which is not quite appropriate for cannabinoid quantitation. This is because [it] heats up the test material before analysis, which also alters the chemical profile—including breaking down the THC molecule.”

Kahn’s lab uses a technique called liquid chromatography instead. Another potency tester, Denver-based CannLabs, uses a similar method. “Depending on what the sample is—flower, hash oil, hundreds of edibles ranging from ice cream to pasta sauce to seeds—you use different solvents to do the extraction,” said Gennifer Murray, the CEO of CannLabs. “You mix it with a special solvent, basically shake it around, centrifuge it, and then it goes onto the instrument… That’s the liquid chromatograph.”

The federal government has been testing marijuana potency for more than 40 years, and has long acknowledged the limitations to its methodologies. Along with some of the issues with gas chromatography—which it was still using at least as recently as 2008—the National Institute on Drug Abuse potency testing has always depended on what researchers have been able to get their hands on.

Since 1972, tens of thousands of test samples for the Potency Monitoring Program have come from law enforcement seizures, which have varied dramatically in scope and type. A drop in THC concentration in the early 1980s, for instance, was attributed to the fact that most of the marijuana researchers analyzed came from weaker domestic crops.

In National Institute on Drug Abuse studies over the past several decades, the age of samples has varied from a few weeks old to a few years old—and researchers made no attempt to compensate for the loss of THC during prolonged storage, according to a 1984 paper. They also get different results when taking into account how the potency of a particularly large seizure could skew the overall sample.

For example, measured one way, researchers found what looked like a continuous and significant increase in potency in the late 1970s. But normalizing those findings showed there was “an increase up to 1977 with slight decline in 1978 and a significant decline in 1979,” according to a 1984 paper in the Journal of Forensic Science.

More recently, researchers found a THC concentration that “gradually increase[d]” from 1993 to 2008, according to a 2010 paper in the Journal of Forensic Sciences. And despite testing limitations, researchers have always maintained potency is likely trending upward. But they’ve also always been upfront about the limitations to their findings:

“The change in cannabis potency over the past 40 years has been the subject of much debate and controversy… The [Potency Monitoring] program has strived to answer this cannabis potency question, while realizing that the data collected in this and other programs have some scientific and statistical shortcomings.”

Ultimately, researchers have found a “large variation within categories and over time,” they wrote. That’s in part because sample sizes have fluctuated. (In the 1970s, researchers assessed anywhere from three to 18 seizures a year. In 2000, they analyzed more than 1,000 seizures.)

In other words, it’s difficult if not impossible to classify average potency in a way that can be tracked meaningfully over time. So while there’s almost certainly more super-strong pot available today—if only by the fact that it’s now legal to buy in multiple states—it doesn’t mean that all marijuana is ultra-potent today, which is how the narrative about potency is often framed.

There’s also a point at which most strains can’t get much stronger. “Anyone getting a reading over 25, it’s really hard to do,” said Murray of CannLabs. “And then it doesn’t necessarily mean you’re going to quote-unquote get higher. There’s a lot of things that go into the plant—over 500 constituents of the plant that play into this.” 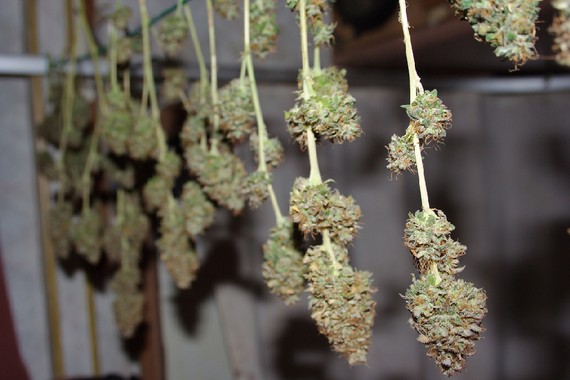 Federal researchers, too, have characterized marijuana strains with THC concentrations above around 15 percent as unusual. “The question over the increase in potency of cannabis is complex and has evoked many opinions,” researchers at the University of Mississippi wrote in a National Institute on Drug Abuse analysis of marijuana potency between 1993 and 2008.

“It is however clear that cannabis has changed during the past four decades. It is now possible to mass produce plants with potencies inconceivable when concerted monitoring efforts started 40 years ago.”

Even without knowing reliably what potency was like in the 1960s and 1970s, it’s reasonable to guess it will increase, says Kahn, of Massachusetts Cannabis Research. “I think the mega-potent strains may soon represent the norm, if not already—the market selects for potency.”

But with customers clamoring for the strong stuff, there’s also a question of whether manufacturers are labeling accurately. A Denver Post investigation last year found wide discrepancies between labeling and THC content—in many cases, products advertised a much higher percentage of THC than an edible product actually contained.

Either way, a shift toward high potency has arguably more to do with contemporary market forces than with a younger generation of marijuana enthusiasts. “The Baby Boomers have been growing for 40 years,” Murray said. “And now they can grow without being worried about the police.”