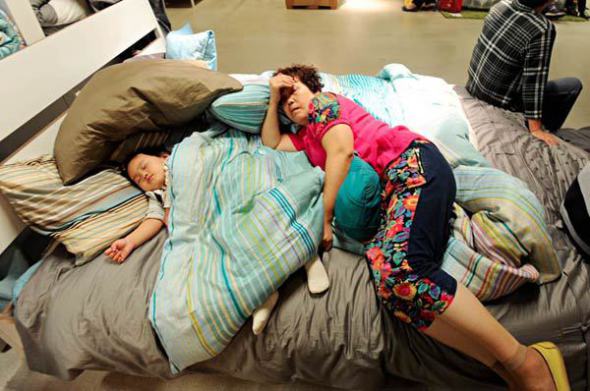 One branch of Ikea, Beijing, China has introduced new rules that forbid store visitors from sleeping on showroom sofas and beds, but the rule is proving hard to enforce, the Beijing Youth Daily reported Monday.

The world’s largest furniture retailer introduced the rule because many customers, both adults and children, have been sleeping in stores, creating a scene and affecting the experience of other customers.

Once renowned for its laid-back stance on slumbering shoppers, Ikea is now taking a stern approach to stop the masses of people who frequent the store solely to avail themselves of the comfortable bedding and air-conditioning, with no intention of buying anything. 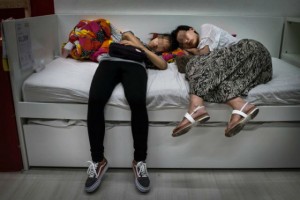 The newspaper said some customers take off their shoes and lie on the beds as if they were in their own homes.

Ikea encourages customers to sit or lie on beds for a short while to experience their quality, but many sleeping customers occupy the displ

ay pieces for too long, a staff member says.

Workers from the store said that nappers had become too much of a nuisance, presenting an unsightly image and preventing bona fide customers from sampling the goods. Indeed, the alleged toddler peeing on bed incident may have been the straw that broke the camel’s back.

The air-conditioned megastore in Beijing, China is known for attracting customers in summer who are looking to escape the heat. 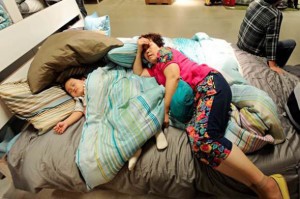 orkers in Ikea said it is hard to enforce the no-sleeping rule due to the stubbornness of the Chinese furniture store squatter: many are simply refusing to listen to staff and abide the rules; while other wily nappers just find a new bed or couch to carry on with their siesta.

Things to do In Beijing