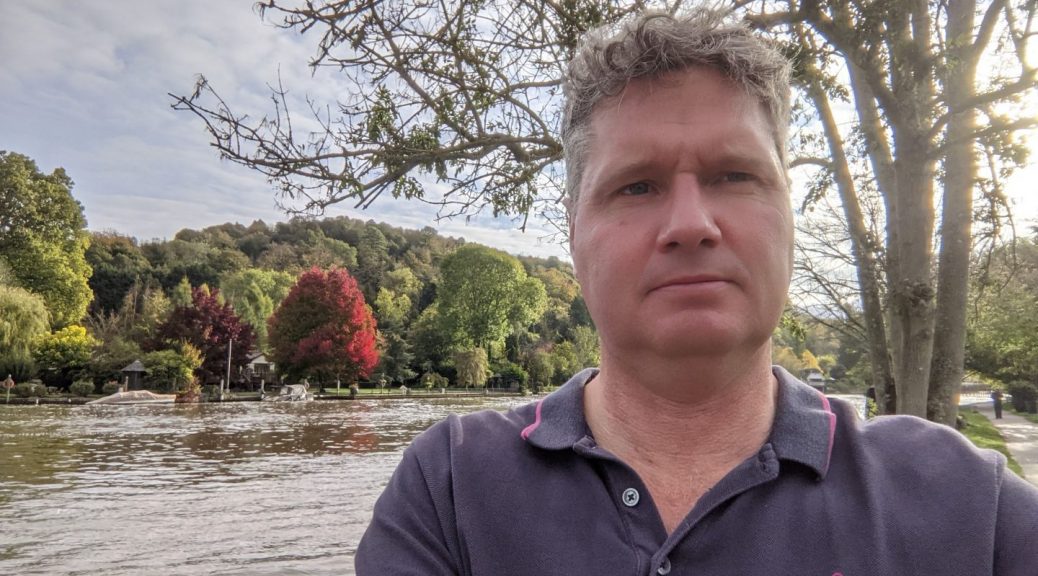 Here I am, in Henley on Thames, currently moored here on the edge of ‘Marsh Meadows’.

There are many joggers and walkers by the promenade to the river.

I’ve done as much boating as I possibly could. According to viewranger, I covered 32.21 miles today.

That was starting at 08:40 having 40 minutes for lunch, filling up with fuel at Better Boating, and carrying on until 18:25.

I suspect I could do a little more without the Tesco stop, (toilet paper and beer), and the fuel stop (20mins). But there isn’t a lot in it…. 40 minutes is not a long time.

30 miles is pretty much the limit of what I can expect to cover.

After last night’s overnight rain, I was informed by the lock keeper at Sonning Lock that the Thames had moved to ‘Yellow Boards’ with increasing flow.

I can concur that the floe is indeed there, and has aided me upon my journey.

In fact, it even makes it feel like a normal river, with current and flow.

These locks have been around for a while. The first was constructed in Goring as part of a weir in 1787.

Since then, I guess they’ve grown in popularity.

They slow everything down, and take the ‘River’ out of the Thames, if you like….

It’s only when you get down to beyond Teddington on the Tidal Thames, the river tends to get a bit of it’s life back. Strong flows and currents. Unpredictable, dangerous. Normal river stuff.

Today was just like that, there was some effort and judgement rather than point and go.

As you move down to London, you get (arguably), some of the most desirable residences money can buy situated along the bankside.

Today, I’m going to have a look at just some of these residences that I’ve taken pictures of today.

Each one individual in style.

No doubt, most of these residences are £m plus. I know George Michael used to live in Goring in Thames-side. Maybe I can picture some more ‘stars’ houses along the way….

Here’s a map of some of the other sights along the way.

It’s time for a drink. I’m going to make my bed, (in case of visitors), and get off out.

Obviously you might go out to a pub and expect the bar people to talk to you. Some places you go out and you might be better in your front room. Little Angel was a bit like that. Pointless, you know…. with the added cost of beer.

It was an enjoyable night. The Angel on the Bridge backs directly onto the Thames. I liked it in there.

Bonnie in London – Tackley to Kings Lock on the Thames

Bonnie in London – Journey down, Tackley