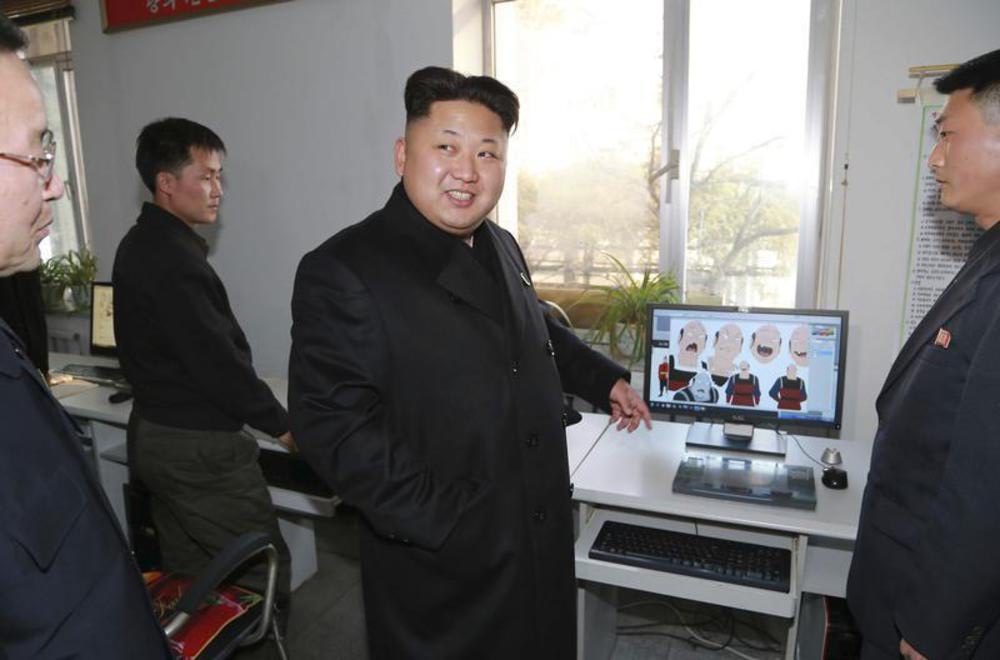 I’ve lived in one of these countries (China), and visited two (Vietnam, Cuba).

Censorship is an accepted way of life, in my experience, residents take care not to get caught, and are usually quite careful about what they say to foreigners they don’t know.

In that sense, I’ve found it easy just to roll through these countries and pretend that everyone is happy and content.

Often, the reason you get that impression is, the censorship is working.

The great wall of China

They’ve notched the wall up. It’s significantly more difficult to access the ‘net. There’s an article I did on that here.

Eritrea and North Korea are the first and second most censored countries worldwide, according to a list compiled by the Committee to Protect Journalists of the 10 countries where the press is most restricted. The list is based on research into the use of tactics ranging from imprisonment and repressive laws to harassment of journalists and restrictions on Internet access.

In Eritrea, President Isaias Afewerki has succeeded in his campaign to crush independent journalism, creating a media climate so oppressive that even reporters for state-run news outlets live in constant fear of arrest. The threat of imprisonment has led many journalists to choose exile rather than risk arrest. Eritrea is Africa’s worst jailer of journalists, with at least 23 behind bars-none of whom has been tried in court or even charged with a crime.

Fearing the spread of Arab Spring uprisings, Eritrea scrapped plans in 2011 to provide mobile Internet for its citizens, limiting the possibility of access to independent information. Although Internet is available, it is through slow dial-up connections, and fewer than 1 percent of the population goes online, according to U.N. International Telecommunication Union figures. Eritrea also has the lowest figure globally of cell phone users, with just 5.6 percent of the population owning one.

In North Korea, 9.7 percent of the population has cell phones, a number that excludes access to phones smuggled in from China. In place of the global Internet, to which only a select few powerful individuals have access, some schools and other institutions have access to a tightly controlled intranet. And despite the arrival of an Associated Press bureau in Pyongyang in 2012, the state has such a tight grip on the news agenda that newsreel was re-edited to remove Kim Jong Un’s disgraced uncle from the archives after his execution.

The tactics used by Eritrea and North Korea are mirrored to varying degrees in other heavily censored countries. To keep their grip on power, repressive regimes use a combination of media monopoly, harassment, spying, threats of journalist imprisonment, and restriction of journalists’ entry into or movements within their countries.

Imprisonment is the most effective form of intimidation and harassment used against journalists.

Seven of the 10 most censored countries-Eritrea, Ethiopia, Azerbaijan, Vietnam, Iran, China, and Myanmar-are also among the top 10 worst jailers of journalists worldwide, according to CPJ’s annual prison census.

More than half of the journalists imprisoned globally are charged with anti-state crimes, including in China, the world’s worst jailer and the eighth most censored country. Of the 44 journalists imprisoned-the largest figure for China since CPJ began its annual census in 1990-29 were held on anti-state charges. Other countries that use the charge to crush critical voices include Saudi Arabia (third most censored), where the ruling monarchy, not satisfied with silencing domestic dissent, teamed up with other governments in the Gulf Cooperation Council to ensure that criticism of leadership in any member state is dealt with severely.

In Ethiopia–number four on CPJ’s most censored list–the threat of imprisonment has contributed to a steep increase in the number of journalist exiles. Amid a broad crackdown on bloggers and independent publications in 2014, more than 30 journalists were forced to flee, CPJ research shows. Ethiopia’s 2009 anti-terrorism law, which criminalizes any reporting that authorities deem to “encourage” or “provide moral support” to banned groups, has been levied against many of the 17 journalists in jail there. Vietnam (sixth most censored) uses a vague law against “abusing democratic freedom” to jail bloggers, and Myanmar (ninth most censored) relies on its 1923 Official Secrets Act to prevent critical reporting on its military.

In Cuba (10th most censored), the Internet is available to only a small portion of the population, despite outside investment to bring the country online. China, despite having hundreds of millions of Internet users, maintains the “Great Firewall,” a sophisticated blend of human censors and technological tools, to block critical websites and rein in social media.

In countries with advanced technology such as China, Internet restrictions are combined with the threat of imprisonment to ensure that critical voices cannot gain leverage online. Thirty-two of China’s 44 jailed journalists worked online.

In Azerbaijan (fifth most censored), where there is little independent traditional media, criminal defamation laws have been extended to social media and carry a six-month prison sentence. Iran, the seventh most censored country, has one of the toughest Internet censorship regimes worldwide, with millions of websites blocked; it is also the second worst jailer of journalists, with 30 behind bars. Authorities there are suspected of setting up fake versions of popular sites and search engines as part of surveillance techniques.

Government harassment is a tactic used in at least five of the most censored countries, including Azerbaijan, where offices have been raided, advertisers threatened, and retaliatory charges such as drug possession levied against journalists. In Vietnam, many bloggers are put under surveillance in an attempt to prevent them from attending and reporting on news events. In Iran, journalists’ relatives have been summoned by authorities and told that they could lose their jobs and pensions because of the journalists’ work. And in Cuba, which has made some progress, including resuming diplomatic relations with the U.S. and proposing an end to Castro rule by 2018, the few independent journalists trying to report in the country are still subject to harassment and short-term detention.

Restricting journalists’ movements and barring foreign correspondents is also a common tactic used by censoring governments. In Eritrea, the last remaining accredited international reporter was expelled in 2007, and the few outside reporters invited in occasionally to interview the president are closely monitored; in China, foreign correspondents have been subjected to arbitrary delays in visa applications.

Four heavily censored nations that nearly made the list are Belarus, Equatorial Guinea, Uzbekistan, and Turkmenistan, all of which have little to no independent media and are so tightly closed that it can be difficult even to get information about conditions for journalists.

The list of most censored countries addresses only those where government tightly controls the media. In some countries, notably Syria, conditions are extremely dangerous and journalists have been abducted, held captive, and killed, some by forces loyal to President Bashar al-Assad but also by militant groups such as the Islamic State.

END_OF_DOCUMENT_TOKEN_TO_BE_REPLACED It was only a matter of time!

When man stands not to act by his own volition, but only act through bullying or duress! When man remains not true to himself, but to be tempted by money or financial reward! When man’s own nature takes second place to the domination of others!

These times are upon us!

Iran is the final non-conformer! Once they are beaten, the world is ours! No man will be able to stand!

Free will will be beaten!

We will own God!

All will bow before us!

This is our new order!

the guys next door are using low frequency weapons.

i am moving my bedroom around this weekend.