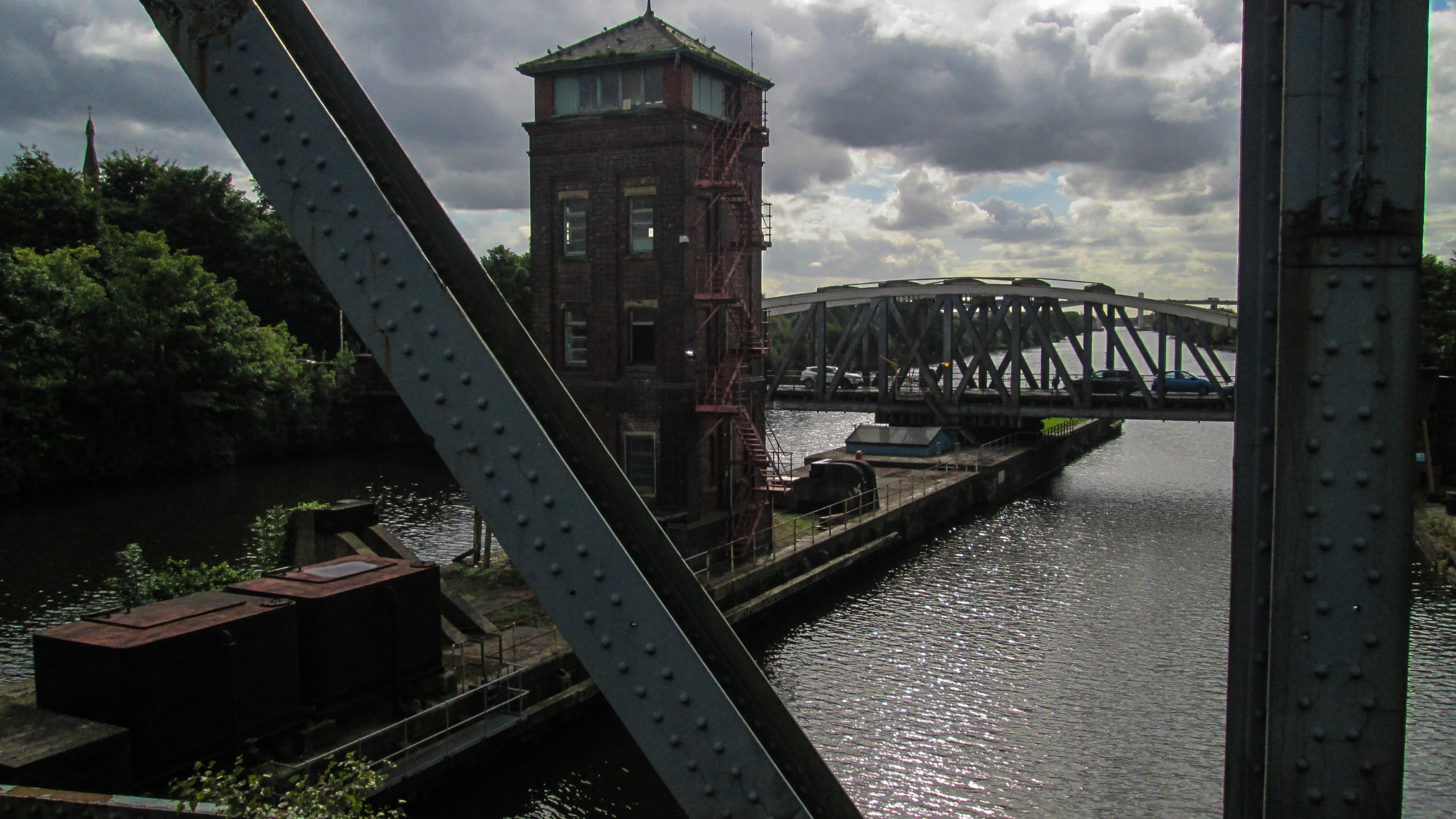 The air is fresher here.

There are no motorways.

I’m moored overlooking Pennington Flash on the outskirts of Leigh on the Leeds and Liverpool canal.

Now back on Canal and River Trust land, off Bridgewater Canal which seems like a zombie-land comparatively.

For example, Bridgewater Canal sold angling rights in one deal. Signed a deal with one company to deal with the whole of their 200 mile odd network.

The same with the collection of fees from boaters, sold the rights to another company to collect on behalf of the network.

The Manchester ship canal. Bridges maintained and assets manned. Nothing actually works and no ships use it.

It seems they’re maintaining the waterways as a token of a bygone era. They’re not living and breathing things in the same way CRT waterways are. They’re future-less remnants of the past.

When they opened the waterways up, they moaned that too many people were staying on them.

This is where they invented metal typefacing. If you pressed more than 3 keys at once, they used to jam the typewriter.

They never got around that problem.

Now the typewriter is consigned to history, much like the Linotype factory.

I see it’s being knocked down by Nic Brooks, kind of a school-friend of me and Kerri. Kerri’s friend Sharon used to call him ‘Nicky bosch’ on account of his hands being like sandpaper.

I guess they’re even worse now…

Moving through the main part of Manchester, I turn left onto the Leigh branch just as we come out of Sale.

This is even quieter than the main part of the Bridgewater.

I carry on up to the Barton Swing bridge where the Bridgewater crosses the Manchester Ship Canal.

It’s an iconic view down the river and shouldn’t be missed.

The boats down come up this way anymore. I guess they just don’t have the facilities to deal with them anymore.

The canal is still here though, and it’s deep.

Not a sole around, just the cars on the road.

The waterways are dead.

I carry on up to the hinterland of the canal, Worsley.

Using the canals it was possible to carry 10 times more fuel than a horse and cart.

The mines at Worsley supplied the factories of Salford and fuelled the industrial revolution in Manchester.

Underground canals. Imagine. Bet they were nice places to work. Wonder what the death rate was in there.

Someone has got their barge stuck in the mud in the entrance to one of these caves and is reversing it like mad when I approach.

Butts Mill looks like a giant industrial version of Xanadu looming over the town’s terraces and dis-used industrial plots.

On the outskirts of town I go for a walk around Pennington Flash.

As I approach the car-park and leisure boating area, I experience a collection of Pokemon hunters.

Pretty much every demographic seems to be here checking for Pokémon. Or battling it out in the gym.

I didn’t turn mine on. Still. It was a nice walk.

Just a bit of timelapse.

This is taken from Barton Swing Bridge up to Pennington Flash, Leigh.

3 thoughts on “Day 7 – Grappenhall to Leigh”